a proposal for stortoget by hazem adel

It has been nearly a month since we started this experience .it is a wonderful experience that is still going on as we are working on the proposals and may even continue after that as we are connected through social media , for me I learned alot of new things and met people from different backgrounds . I liked  the network design process and this continues brainstorming    and I think its a very good way to propose some “out of the box” ideas as we are already foreigners which is already  a benefit as francesco  -i think- was saying.

AS for my proposal :

Continuing on the solar analysis diagram I tried to distribute activities in the square ,the center which is sunny all year is going to be the main focus point (the more busiest point zone) then making a changeable terrain so it could be used as interactive seating where people could change and  a place for kids to play with ,and could be used as seating to watch movies (art shows …..etc ) on the surrounding buildings facades ,so no obstacles such as trees in the cone of view.a part of this zone could be used as 2 levels to add some curiosity and provide more lake view (could use nets or tensigrity )

The area around the bazaar building could be the natural part of the square (the greener part) as its near the lake ,something like greenhamar 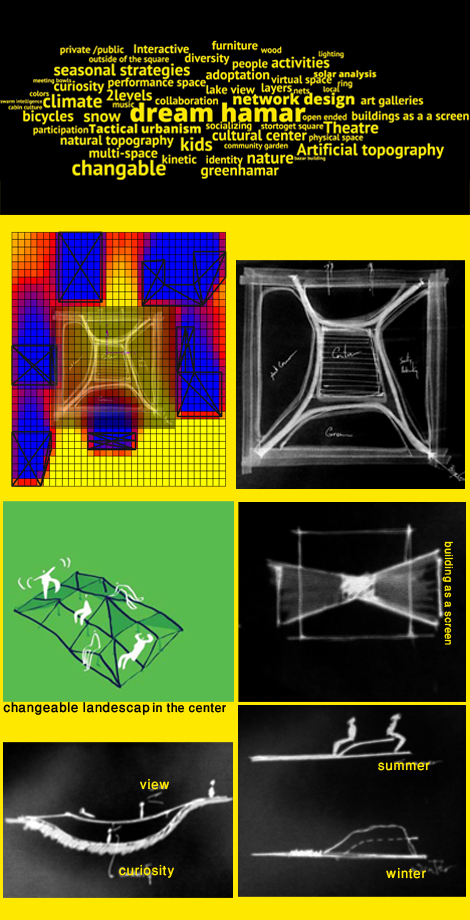