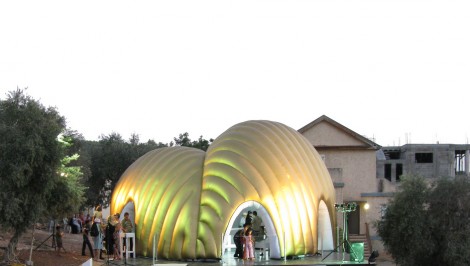 The golden heart pavilion is the first community building in Ein Hawd. Source

The last week we just had the Tactical Urbanism session 00, aiming to have an overview of the issues related with the on-line workshop, test the tools we’re going to use, but the most important thing was to have time to exchange ideas and discuss the meaning of the term “Tactical Urbanism” with the participants.

One of the comments that catch-up our attention was based on the idea on how with small-short-term-actions it can be possible to produce long term changes o cities. We can see an historical approach to this issue since urban sprawl stated taking place in all our metropolis and people started wondering about the social life of small urban spaces. To be more precise, that was the title that William H. “Holly” Whyte gave to his documentary, filmed on 1979, which explores the successes and failures of public spaces in New York City:

We can see that public space has been always the most important part of our cities and after a few decades of fast growing, people is interested in taking back their streets and their city and use them again as spaces for share and exchange experiences, time or simply relax in the city.

After a few decades of living in “streets without smiles”, as William K. Reilly pointed in 1980, we are understanding again that there are happy people in the cities. There are healthy places that people like in cities, places that contribute to happiness, places that can bring out that smile. 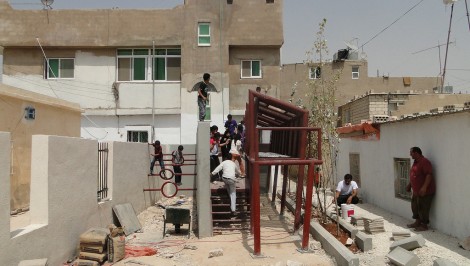 For a better understanding of how to approach this workshop, is important to understand that we’re going to mix the references of tactical urbanism with a network design approach, based [both] in collaborative and participative experiences. We’re going to focus in four main topics that possibly describe the urban actions, thinking that they’re not isolated: you can find them in several case studies at the same time or even interconnected from one case to another:

1. narrative / story telling
The straigh of building a narrative, a main story related with the importance of a place or a community.
Example: Raspouteam | La Commune de Paris

3. documentation / archive
The collection, order and sharing of valid information resources to be reproduced, altered or remixed by others, in the same situations or adapted to new ones.
Example: A Catalogue of Street Art Techniques

4. open p2p design / network design
The implementation of the design of organizations and processes based on the networking culture.
Example: PLOTS | DIY Balloon Mapping kit

For the forthcoming session, this Thursday, October 6th we have asked to the participants to select two or three projects which fits on the narrative / story telling category, to comment, discuss, learn and remix!