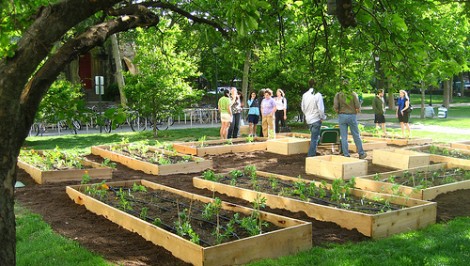 My first proposal attempts to balance first workshop’s contributions and the inherent requirements of a public space such as Stortoget. To meet the new challenges that drives a city like Hamar (ecology, mobility, civic participation, etc..), it’s necessary to take account of local identity which is unique in Hamar for its relationship with the rural world.
Indeed, lies in the heart of the farmers’ realm : the region is accountable for 4% of the entire agricultural land and the head offices for research laboratories to considerable institutions like Norsvin and Geno contribute to Hamar’s reputation as Norway’s capital of agriculture. What is also reflected in terms more political and which is special for this region, through the current mayor of Hamar who is representing the City and Rural Areas Party.
So, agriculture can be a good start to get to the people and who, in addition to enroll directly into the challenges of the XXI century in terms of environment, can allow travel between theory and practice on a specific topic, which is that private activities conducted in public space. To do this, and in addition to achieving a space that reflects a narrative aspect of the relationship between space and its users, my proposal is focused on “community garden”. Image of working life of 70 years, community garden means the transition from private sphere, the fact of growing their own food, and public sphere, the shared space. Specifically, it is the installation of a greenhouse, in the center or around Stortoget square, breaking the momentum of the asphalt and reconnect with the environment and history of Hamar. 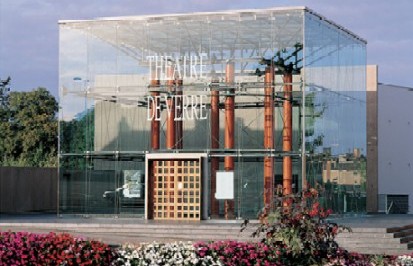 A greenhouse, which closes or opens the seasons (which can cope with the problems of temperature particularly intense in Norway), and leaves space for citizens to cultivate and share. One can imagine a space large enough, designed on the example, certainly ambitious, of the Apple cube in New York or Les Halles in Paris, and which host a square surrounded by arable fields left to the citizens. The place would allow theatre, children’s games or popular meals, and plots individual and private activity in public space, or an awareness of agriculture, food sovereignty issues and ecology for schools of the region for example.
Requirements to the project are its transparency, to not cut space, and grandeur that should not disrupt urban mobility or related activities taking place on this square. This suggests a greenhouse that would follow vegetals lines currently on Stortoget (fig 1) which is going around the place on the model of Les Halles, or a greenhouse in the form of the Chateaubriant Glass Theatre, but that would be open, leaving a path in it to not hinder the passage of the square. In all cases, we’ll prefer the western part of the place which is more exposed to the sun (Figure 2).