New stools for Stortorget | In place!

The wooden seats from Ungdom i farta

Along the past months we wrote about a carpentry collaboration we have started with the people from Storhamar V.G.S. “Ungdom i farta” school, and the building process of the 25 new wooden seats they made for the Stortorget square.

Now the seats have already been in place at Stortorget for some time, and we still have a pending task: sharing with you the final result, which we really loved. 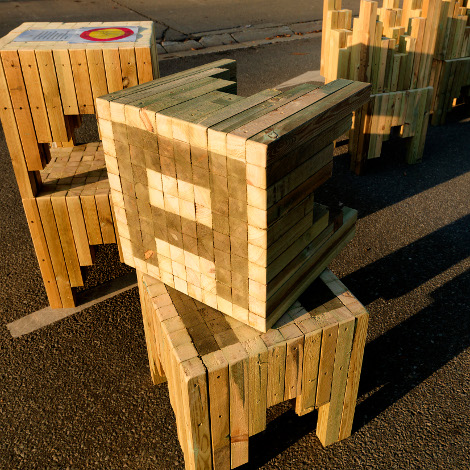 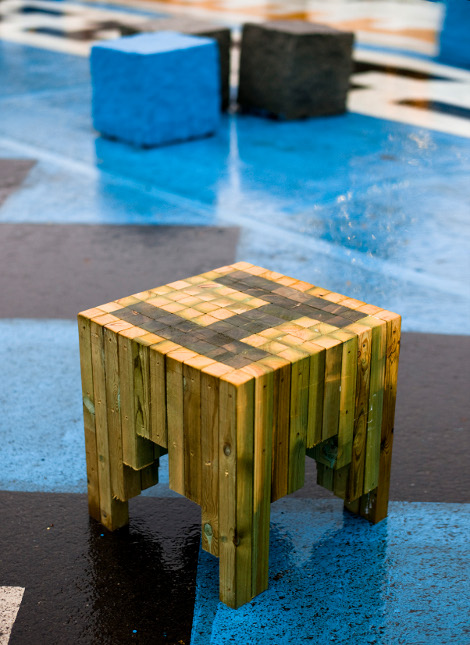 The first use for the seats was as a part of an interactive lighting installation that took place on December the 3rd at Stortorget. They were used as anchor points for some big helium-filled balloons with built-in LED lights that changed according to the sound of the singing choirs. 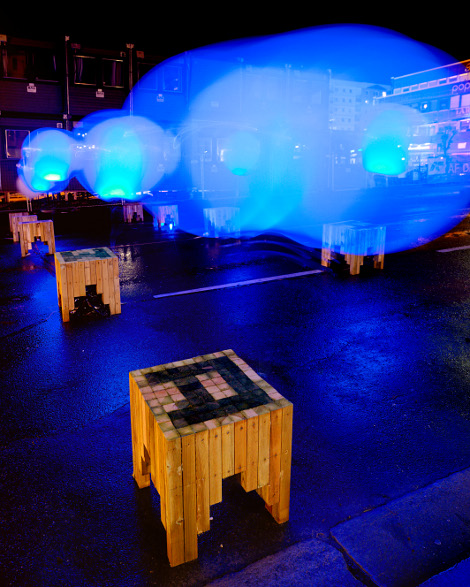 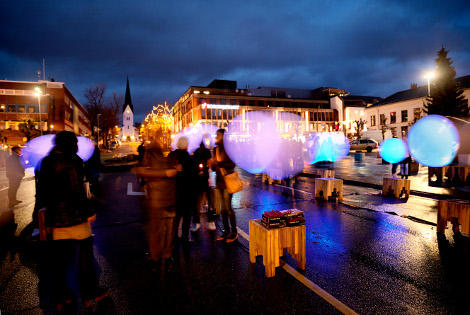 Now they are lined up with the stone bollards around the parking lot and covered with snow, waiting for an opportunity to become alive again and be moved and used by the people. A beautiful new street furniture made by the people from Hamar, and a little great example of collaboration around design and public spaces. 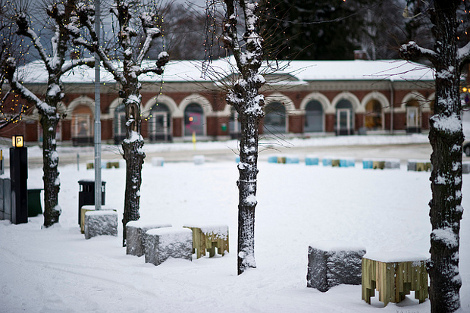 Why are these seats so important?

Sometimes the best way to understand the potential impact of some proposals in urban space is building and testing a lighter, cheaper and faster version of them. This allows citizens, politicians, planners and designers to experience by themselves the aesthetics, the atmospheres, and the new activities made possible by the soon-coming design.

So one of the challenges this project was proposed to face was the testing of ideas and designs even during the ongoing participatory process. In line with the network design
methodology, we decided to do that by involving the local community and inviting Hamarsings to use their own means and skills, instead of bringing a totally foreign object and placing it in the square.

This way, we were also experiencing the new interactions between people around the future new place in the city centre. How would they react to the idea of building something for a common space? How would their perception of that place change after that? Could the public space be used as a catalyst for relationships between groups, collectives and individuals?

Thanks again to the young team at Ungdom i Farta for their awesome work! Here you can see them and their fellows together with the teachers and Belinda: 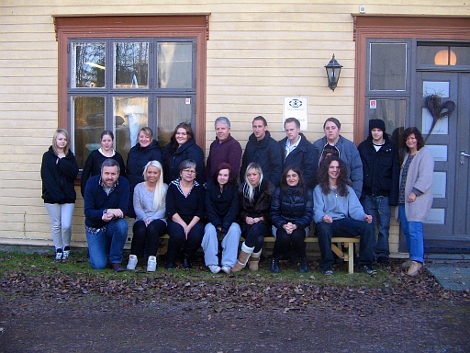