Some days ago I wrote about a collaboration we have started with the people from Storhamar V.G.S. “Ungdom i farta” school. They got rapidly involved in building 25 new wooden seats for the Stortorget square, and now the work is going on… at a huge pace!

The final design will be presented later next saturday with a lighting installation, but I would like to share with you a sneak peek of the building process, which I find fascinating. It involves cutting more than 700 meters of wood into 2500 pieces between 20 and 50 centimeters long, tinting many of them with a darker hue and then gluing and screwing them together following a threedimensional pattern. That sounds like a lot of work, doesn’t it?

But that didn’t put off Dagfinn and the youngsters at Ungdom i farta! They have set a real factory at the wooden workshop, using a chain production method in which each of the 7 students has a specific task and does it efficiently.

Now let me show you the whole process, from the first drawings and partial prototype… 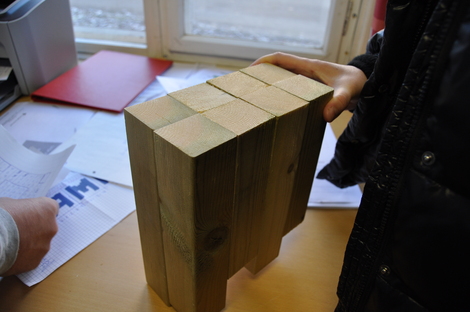 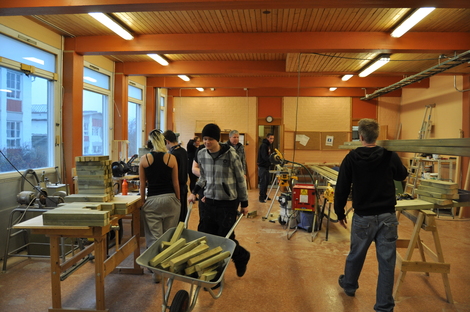 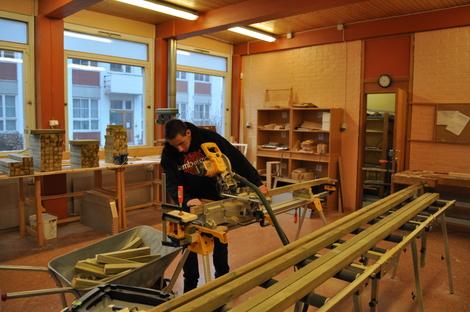 During the first day of work, the pieces were drilled in order to receive the screws without splitting, but then they decided to use nails instead, as it would speed up the work dramatically. 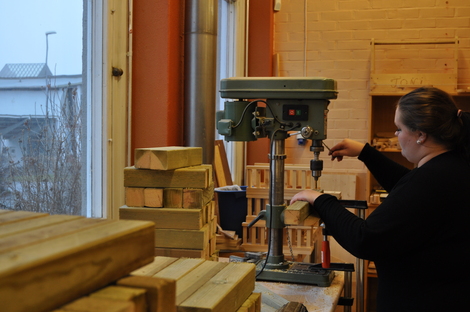 Next, some of the pieces are tinted with a darker hue in order to form the letters H-A-M-A-R on the top of the seats. Do you know Scrabble? Something like that, in an urban scale. 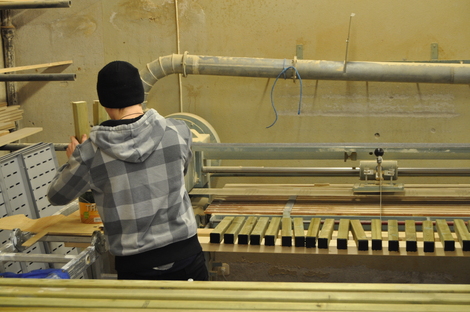 Then, the resulting pieces are arranged together as in the final design, to see if they are correctly matched: 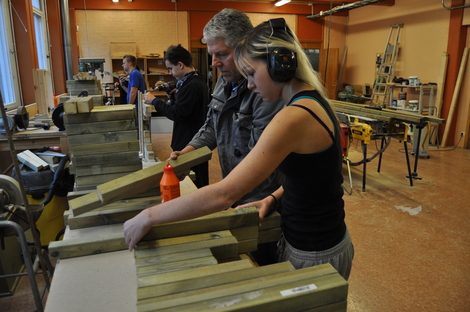 At the next production step, the pieces are lined up in rows (using a specially designed wooden frame) and glued and nailed together: 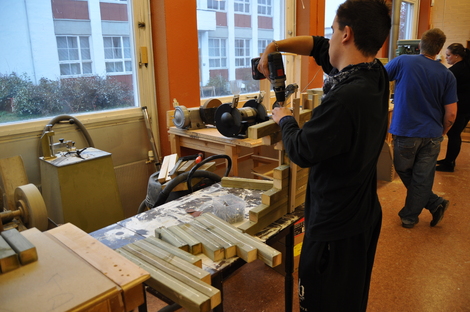 The result is one of the rows that, when glued together with nine similar (but slightly different) ones, will form a wooden seat made of 100 pieces. 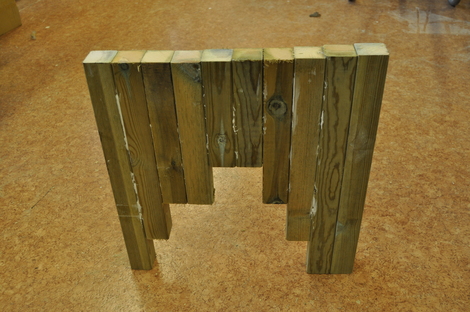 And that’s all, you just have to do this 240 times, and the seats will be ready to go to Stortorget. Thanks to the people at Ungdom i farta for their collaboration, and keep up your great work! This is going to be a nice gift for the city. 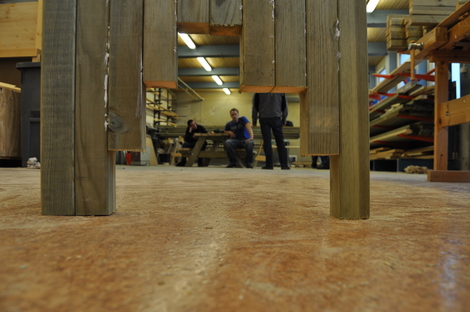 Stay tuned if you want to see the final result, we will reveal it in a few days!