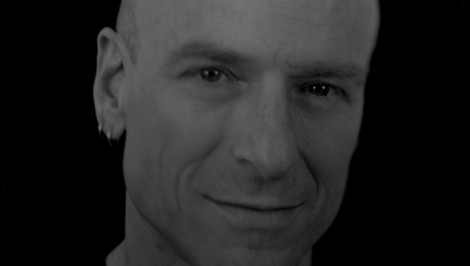 Jeffrey Schnapp is the founder and faculty director of Metalab(at)Harvard a research unit dedicated to innovation and experimentation in the arts, media and humanities. He will be in Hamar on the 1st of December for an open lecture at 18:00h at the Bazaar building as part of what will be the most important week of dreamhamar’s participation process.

Q: We know you are not very fond of defining yourself but, how would you define your contribution to dreamhamar?
I think of myself primarily as a cultural historian who doubles as what I call a “knowledge designer” interested in conjugations of the digital and physical. We live in an era when the boundary lines between private and public space, as well as forms of communication and construction, have become ever increasingly blurred. And I find it interesting and, indeed, stimulating to explore some of my own work as a historian, curator, designer, and public intellectual along these borderlines. I would very much hope to contribute a sense of just how changeable and contingent, just how open to interpretation and reinterpretable is the landscape of even a “historical” city.

Q: Literature, design, and architecture. How did you end up mixing it all up?
The links are complex: the result of circumstance, convergent research questions, a love both of disciplinary homes and of disciplinary homelessness. I continue to believe that there are certain core skills, critical and creative at once, that are transferable from one realm of practice to the other. In my case, they involve a fine-grained appreciation for historical complexity, the ability to trace connections across media, understanding even scholarly/scientific writing as an art. I believe in the profound bond between thinking and making.

Q: What’s your impression of dreamhamar?
I think it’s a splendid project, very much in line with some of the themes that have shaped my involvement in the Trento Tunnels project in Trento, Italy: a 6000 sq. meter pair of highway tunnels repurposed as a history museum that was featured in the Italian pavilion of the 2010 Venice Biennale and is currently on exhibit at the MAXXI in Rome in RE-CYCLE. Strategie per la casa la città e il pianeta. The open source and public space have core affinities that many of the projects that I am engaged in seek to explore. How do we build tools, assets and platforms that belong to societies, whether local or global? How do we reinvent public space for an era in which most of us wander about such public spaces, designed at most for broadsheets or billboards, networked to the gills, chatting with dozens of distant friends, wired to the www, chained to virtual dreams? (I will be speaking at length about the Trento Tunnels project and a new  Cold War museum project in Albania in my public lecture in Hamar.)

Q: Why do you want to take part in dreamhamar?
I had the pleasure of getting to know ecosistema urbano’s work at the Harvard Graduate School of Design, where I’ve been teaching since 2009. Their integral approach to the cityscape, encompassing everything from the built to the ephemeral, the centrality of participation and the building of informal networks, corresponds to my own interest in providing ordinary citizens with tools and models that will lead them to want to become the curators, custodians and even creators of their own cultural patrimony, rather than mere observers.

Q: Participatory processes have a bad press. Do you think is because they are difficult per se, or because we are not educated for them?
It is easy (but mistaken) to mock participatory processes, particularly in an era when the 24 hour news cycle drives people’s perceptions and expectations. Participatory processes are long-term processes. They can be catalyzed and accelerated but they must sustain themselves over extended periods before they begin to effect a cultural shift, contribute to the betterment of society, and bear fruit (particularly in the qualitative sense).
I have noticed a tendency among ruling elites worldwide, whether economic, intellectual and political, to pay superficial lip service to participatory culture while, in effect, mocking its practice and substance. Many of the defining institutions that shape our everyday lives are ambivalent about the participatory: they at once invite it and create obstacles, depend upon it and resist it. Such ambivalences are not new; it is simply that the explosion of web culture has placed them under intensified pressure. Democratization is a very long road.

Q: If you could do something similar to dreamhamar in the USA, where would you do it and why?
Tough choice, but I’d probably choose Somerville, Massachusetts, because it fascinates me on a daily basis. It’s the city that flanks Cambridge, where Harvard is located. It’s an extraordinary crucible of creative people, immigrants from South America and the Caribbean, students from Harvard and MIT. A city with a pedigree going back to the Revolutionary War, it exists like a museum of unintegrated industrial era remains –warehouses, railroad tracks, strip malls, and highways– mixed with residential neighborhoods, always at an arm’s length from the power and prestige of Boston and Cambridge.

If you want to hear Jeffrey Schnapp in person, come tomorrow, December 1st, at 18h to the Bazaar building! You will not regret it!