A “fairy tale” for Hamar

I thought about the possibility of a “light” intervention project on Stortorget.

It could be an urban action… perhaps
I started from painting the surface of the square with figures of animals, as happens in Natzca, Peru.
Hence my idea of ​​three more “domestic” figures: a cat, a snake and a moose.
The connection to the issue of storytelling that we discussed a few weeks ago (but I’m slow..!) is to putting in the ground or on a road sign near each of the three pictures this inscription:

“Once upon a time …
Warning! Anyone who enters this figure should tell others a story!”

So here is the second idea: make a strip cartoon.
Here it is: 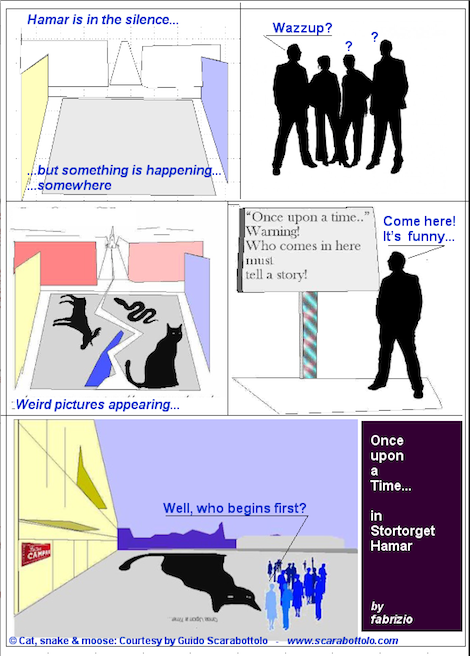 The original images “cat” “snake” and “moose” are used by courtesy of graphic designer Guido Scarabottolo.
I also thank my colleague Massimo Boffino that have entered the three figures on the google 3D image of the part of the square that is now free from the “KulturHus” building area. 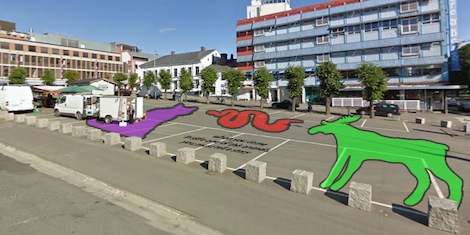