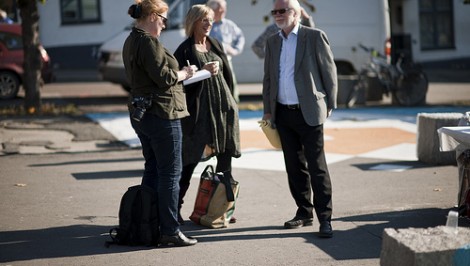 This is the second week of PUBLIC SPACE AND PEOPLE online workshops and it will focus on public space activities, uses and perceptions.
At the same time, in Hamar it is the ACTIVITIES week with onsite workshops and a lecture.

Let me also remind that online workshops are open and everybody can follow the sessions via the DIGITAL LAB.
Here is the agenda for the 2nd week of PUBLIC SPACE AND PEOPLE:

Here is The uses and perceptions of public space, a text by Andrés Walliser

City centres, and their public spaces, tend to be interpreted as epitomizations of the city´s essence. These shared images are enhanced by historical sites, buildings, monuments or references which are somehow structural elements in the historical city, or by meanings or elements induced by the market or the public administration. Often by both, articulated in growth coalitions where business stake-holders have a leading role in the strategic planning of the cities, out of which central public spaces are considered key elements.

Therefore the images and meanings of public spaces, some of the very qualities that can turn them into places for the people using them, apart from the physical setting, is a product of both structural variables and policy outcomes. Needless to say that as Lefevre stated, social practices and the social processes provide meaning and significance through symbolic identities to public spaces, in their construction into places, as result of the sociocultural conditions. The political and economic narratives mentioned before, leave narrow margin of spontaneity in those processes and practices. Some strategies and practices can certainly shorten distances between public space and people. These can be bottom-up and/or top down, and imply aspects of the late  Lefevre´s “right to the city” through participation and self-governing. Still, often these are used as elements to neutralize or at least dominate the right to the city.

The current project of dreamhamar is so far a good chance of developing Hamar´s residents right to the city with the opportunity of designing uses and forms, and furthermore to contribute to reinforce, develop and re-invent meanings and identities around the square not only for daily frequent users and residents, this is the people of Hamar, but also for others that might use that space, and enjoy it and develop it as a place from different territorial environments like Hamar´s metropolitan area of influence, its rural environment or by potential users from other urban environments, like Oslo. Turning public spaces into a place can only happen through appropriation of that space, there might be a program to follow but it requires use and action, and some sort of will, conscious or unconscious that channels appropriation.

The question raised is therefore, when do programmed public spaces manage to generate places? Is it the same a participatory dynamic program, than a standard atomized business strategy, or oven one articulated by big commercial, marketing or even cultural events? What makes a place really a place? People´s appropriation and creation of uses, or imposed realities? Probably both. Programs that enhance appropriation through creativity and self-identification are more likely to generate “placehood” in a public space, of which Hamar is an excellent example. Out of a suggestive footprint of a program, people, as it is already happening, start thinking about how the space could be, what uses might (not should!) contain and what dynamics could it follow through different daily and seasonal stages. A suggestive social (participatory) design would enhance also the future uses as part of a process in which public spaces, turn to be living spaces that evolve in time with ups and downs, but gathering memory, experience and interactions as fundamental assets of the identity and meanings that the place has for daily and other users. As Jahn Gehl suggests, and in line with what Agata mentions in her recent post, there are a number of different ways to use public space. She defines the specific user, the passer by and the user-flaneur. Gehl divides uses into necessary activities, optional activities and social activities. I rather prefer to allocate uses and functions to the place instead of assuming the way in which individuals use the space. Uses can be simultaneous and extremely dynamic within the same users.

In his seminal work Life Between Buildings: Using Public Space (2004) Gehl  includes a substantial variable that has been already mentioned above, the importance of the quality of public space. The higher the quality, and to some extend the fulfilment of the program in it the more intense and the better its use, with more optimal and intense social interactions. The problem raises if we include into the category of public space all those other spaces that have an increasing business environment or purpose. These range from shopping streets, which are clear public spaces, often pedestrianized, to open public spaces like Stortorget, and include, therefore the transitions, accesses and connections between them. The challenge is to establish what is really perceived, desired and enjoy as a public place by different types of users: the shopping facilities or the potential public place? Is a square more attractive, or as attractive as to drift/go/pass by after/before/instead of the massive consumption activity? This questions will be probably answer through the workshops that are being make in Hamar along these months, with the inputs that residents and other participants, including virtual stakeholders might give.

This is our current main challenge: to make out Stortoget a place to go, to be and to dream with. 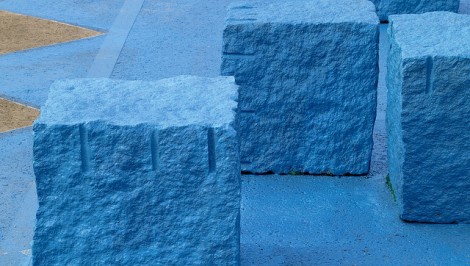 11 Oct 2011 | Posted in Online Workshops Featured, Onsite Workshop, Public Space and People by andreswalliser | Comments Off on The uses and perceptions of public space | a post by Andrés Walliser