After the first two sessions of the workshop online Public Space and People, and to review the first impressions of my colleagues posted on the blog, they have invited me to reflect on the visualization of Hamar as a city and how can affect Stortoget Square intervention to reinforce this vision of the citizens. I agree with Agatha idea of not seeing Stortoget as an isolated square and based on the above by Andres Walliser in open session on the uses and different scales of public spaces in cities, I find it convient think beyond the square, especially the importance of community in general, taking into account the variables considered in the Kommuneplan 2010-2022.

I have understood that the Stortoget Square project is a special plan in the town of Hamar, due to its location in the center city and proximity to the lake “Mjøsa.” The fact, that it is treated as a special plan and gives it a different scale from local to regional and is a good step in caring for large spaces within the city. In a quick review of “Kommuneplan”, I could see that the clear intention to strengthen the flow of public spaces and build the city from the inside out to avoid breaking the urban structure, in addition to regain your connection with Lake Mjøsa that I consider important for Stortoget Plan, but this document have an great aspect that caught my attention, is about  invites citizens to find a slogan that reinforces their identity as common. Kommuneplan cites some as “Skate City”, “Lake City” or “MjøsaCity” (using Mjøsa lake as an adjective), but the moment the slogan that leads the plan (though not considered final) is Hamar: “All time city” (Hamar: alle tiders by) which seeks to combine the new and the old city, which is a trend that is specially marked and many of the historic centers of the world. 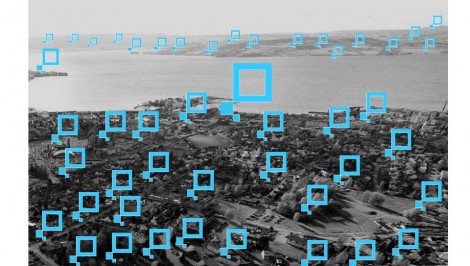 Dreamhamar Project’s have a main resource the participation of citizens and implemented many strategies to make a space Stortoget reflect the wishes of citizens. An idea may be to think of a slogan that can strengthen identity as citizens invited the “Komunneplan.” In particular I think it is important that each city can manage their own slogan and that they must go beyond providing a product for their enjoyment, it is every citizen’s awareness of what is their territory, values ​​and know how to pass it to their neighbor or coming from elsewhere. I would discuss my case: I’m from a town in Venezuela where people are regional and defend the territory with great force, a fact that in tangible terms can not be appreciated by the many physical and social problems it has, nevertheless people still preserves the roots of the city and its ways, for many years worked through several slogans in my city and has always remained the one that says “Maracaibo la tierra del sol amada” (Maracaibo beloved land of sun) slogans also been linked strongly with the governors of the day as “Maracaibo , la primera ciudad de Venezuela” (Maracaibo, Venezuela’s first city) or “En el Zulia, Venezuela es Grande” (In Zulia Venezuela is Great), making everyone feel the citizens of the Zulia Region generally part of something bigger than called country.

Invitation to reflect about hamar slogan is open, last week in onsite workshop, hammar citizens worked this topic and really enjoyed, I hope to receive your suggestions, finally I want to share you a video with a Baruta´s slogan, Baruta is a is a municipality in the District Capital where are Caracas (Venezuela´s capital) recently published this TV advertising with the slogan “Yo soy Baruteño ( I am Baruteño)”. You can find translation below!

“I’m a balladeer, I am an artist, I am a man of faith, I am of La Trinidad1, I am with everything, I‘m an early riser, I am hand drum2, I’m a police,
Baruta has a thousand ways to express themselves but we all have something in common,

something that you too can proudly say….

I am baruteño! (five times)

Baruta, moves with you!

2 By the African influence