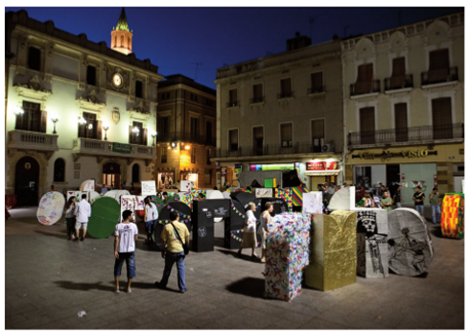 Festivals are a very important tradition in Spain and particularly in Catalonia. In 2010, the city of Vilafranca del Penedes has entrusted the design of the organization of the festival has a small communication agency LaDyssenyadora which received a European award for this work. And it is in terms of experimentation that this project is interesting because it offers una appropriation of space and its configuration by users. The idea was to have large white pieces in the shape of letter on public space and let people arrange their tastes, paint, and tag, etc..

This project developed around two ideas. The first was the concept “Everyone makes the Festival”. The second was the renunciation of the use of a logo understood that the Festival had elements that called for a logo such as programs, posters, and merchandising, but here, the need came from inertia for tradition rather than real necessity. Instead, we proposed the use of a new element: the 3D form. These 3D forms are created by re-using certain materials (carton boxes and newspaper, for example) to form the words “FM’10”.
10 different groups of 3D forms were created using local volunteers that were then given to different associations for artistic treatment. The 3D forms not only embody the “Everyone makes the Festival” concept but also integrate the Festival’s graphic image in the urban landscape and promote interaction amongst the people of Vilafranca. ladyssenyadora.com 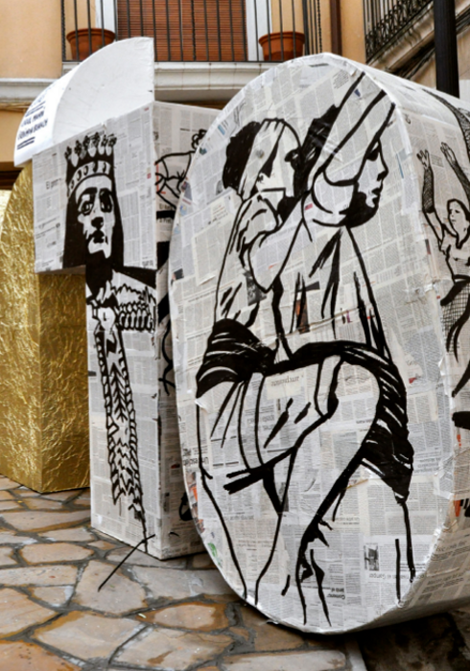