Perspectives on participation – if and then 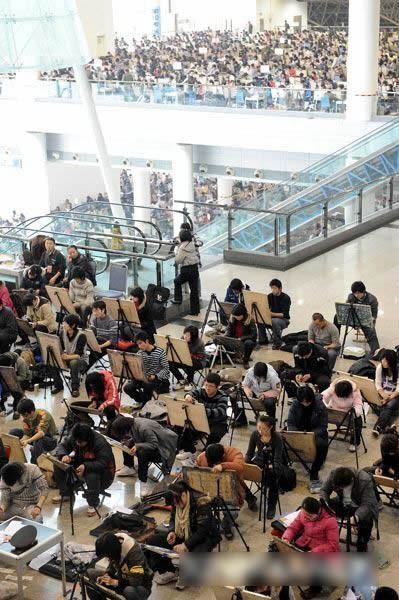 What if one identifies some particular perspectives related to participation in order to extract exaggerated and targeted strategies? This can lead to operational and/or tabloid starting points. It can be done by formulating different perspectives as exaggerated premises, and then try to derive required conclusions. Hopefully it can give some broad and speculative approaches which highlights different perspectives, interpretations and focus points.

All the following approaches deals with the question of correspondence and the fact that people and their personal preferences and interest always will be dynamic and unstable over time. These perspectives can be a starting point for developing a tool kit for participation.

corresponding (personal) space
If: correspondence between peoples’ personal preferences and the plan/architecture is acknowledged as a realistic ambition.
Then: the process of participation should be repeated on a regularly basis (like the political elections every 4 year?) in order to reflect peoples changing preferences. and: the architecture should be designed in a way that makes it appropriate for change and adaptation every time a new participation process is implemented.

misinterpreted non-space
– according to Barthes, every reading/interpretation is a misreading which transgress the original intentions from the author/architect/planner.
If: the act of reading/interpreting/use is independent of the actual character of the space.
then: the plan/architecture is (almost) irrelevant/arbitrary and can be whatever. and we can all be participants by misreading our surroundings.

proactive multi-space
– according to Barthes (see prevous point)
If: the act of reading/interpreting/use to a certain degree is independent of the actual character of the space. and misreading is considered as a democratic and creative activity (type of participation).
then: the plan/architecture has to support and proactively facilitate for the biggest numbers of misreadings (participations).

critical space
– according to Foucault, people/actors can reproduce or challenge existing norms, praxis and behaviour depending on the level of critical understanding of the system.
If: one consider the established system as objectifying, dominating and conventional (ref. Foucault).
then: the architecture/plan should provide deep, critical understanding in order to promote critical participation.

conflict of interests I (harmonic space)
If: the participation process reveals conflict of interest between (groups of) people which are not compatible.
Then: the plan/architecture should be planned/designed in a way that avoids triggering and relating to personal preferences and interest.

conflict of interests II (political space)
If: the participation process reveals conflict of interest between (groups of) people which are not compatible.
Then: the plan/architecture becomes political, and should be treated politically. which means that the participation process should keep on going until the different people have come to an agreement, compromise or convinced each others.