Here I would like to present my thoughts after second week of the workshop. This week I was listening five an hour’s sessions from Hamar (the sessions from both workshops and hamar experience on Monday) and my willingness for a trip there is still growing!

This week I spent a lot of time on various strolls via ‘google street view’ and I want to share with you some of my thoughts about it. I did those hundreds of walks in order to understand better the city and also to experience more the local color of Hamar. I should add that it was a really funny experience when the streets changed with almost each of my virtual moves – I also noticed sometimes changes of seasons! Those kind of changes also showed me how the places changes with a weather even if I’m not there. I could observe the appearance of the squares during summer time and its winter’s views – mostly empty and under the snow. 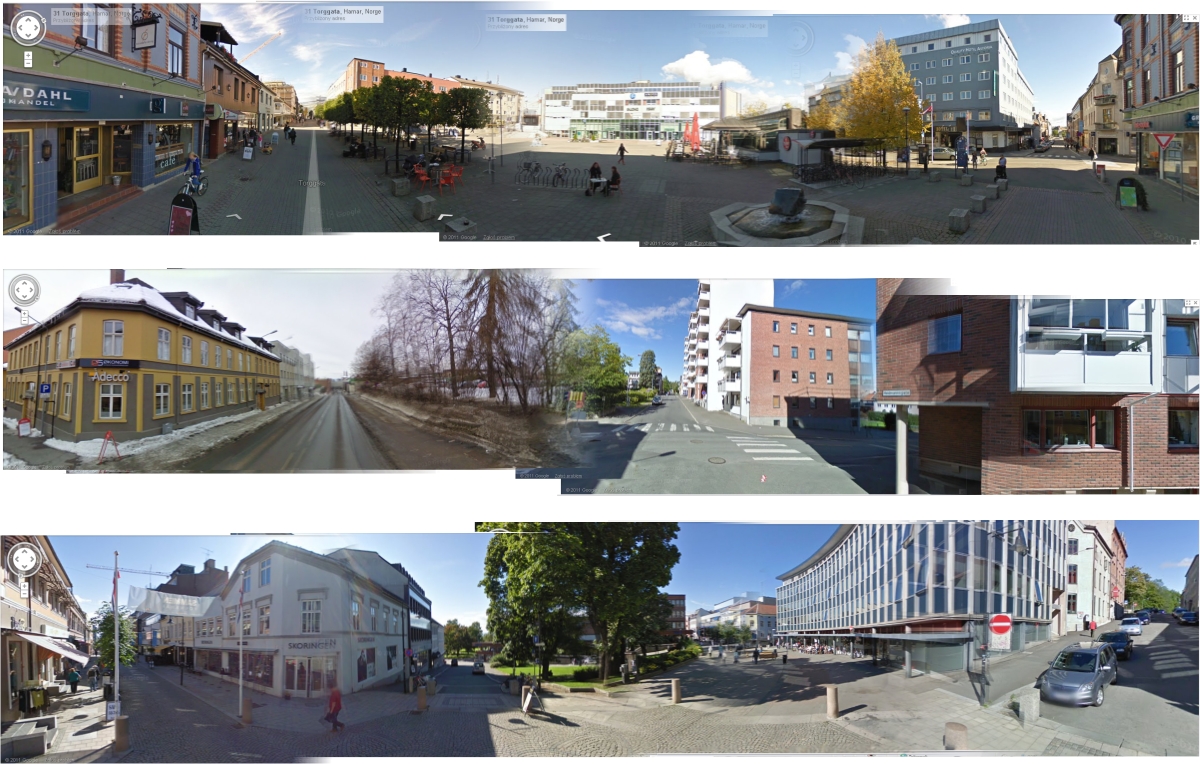 Trying to be careful observant of Hamar and place of Stortorget in the city, I made some notes which you could read below and interact with them here via your comments. As I said in my first post, I was thinking about linking a square with surroundings. In the beginning I realized that I should divide all the aspects that I could link with the square into some specific layers – to make all the content more clear and not to mix the data.

1. the first layer is about direct influence – the question for me was: how to link the Stortorget with the closest surroundings? I singled out two types of linking: first by the extension of the functions of the buildings on the square and second by extension of aesthetic of the facades of the buildings on the square. I think that both: function and aesthetic (like colors, composition, lines etc.) should be extended into a square to build a coherent image of the place. 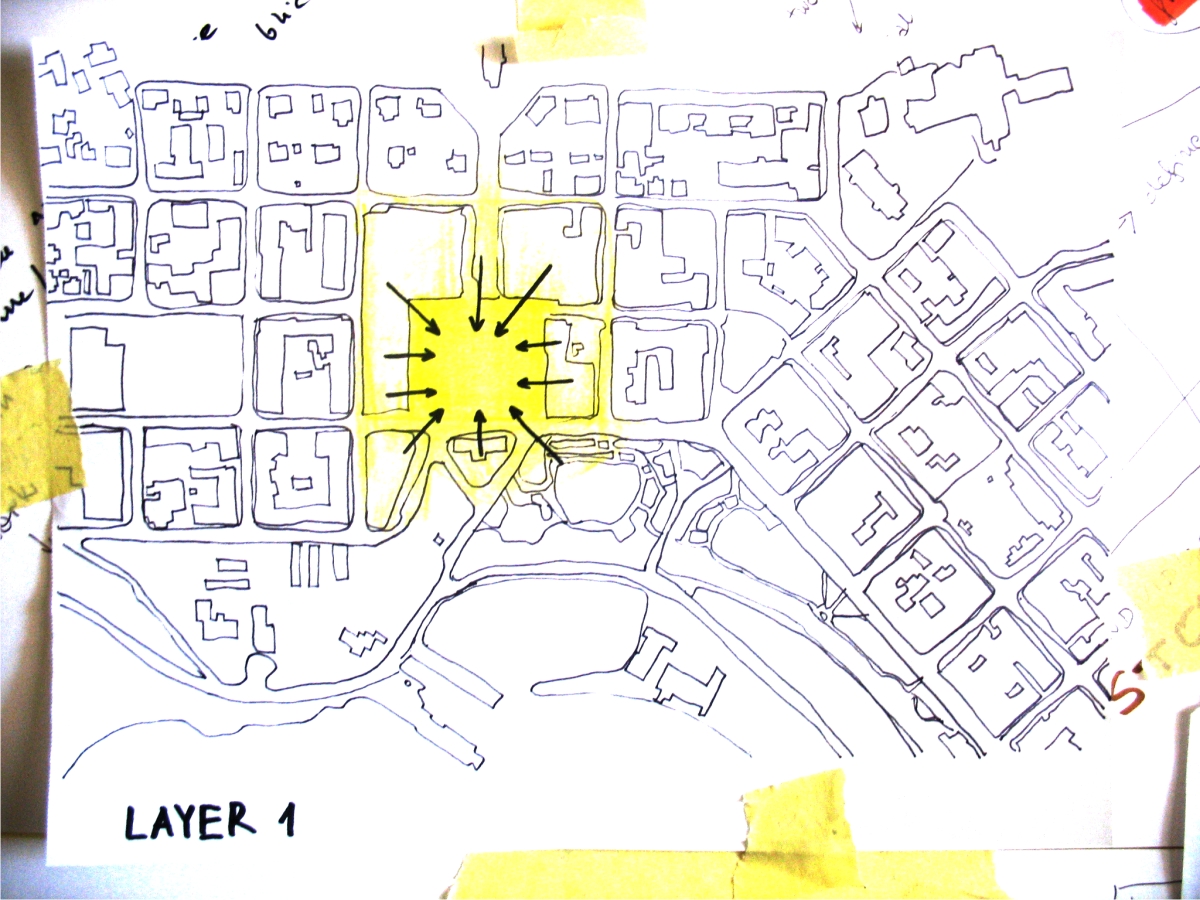 2. the second layer is about two levels: streets and buildings which are not on the square but in the close surroundings. When I talk about designing the new Stortorget, I would like to focus here, at this stage, on characteristic of the streets – and here some questions:
– how those streets are used: by car, by bike, on foot? who is the pedestrian?
– is there some connection between Stortorget and another squares/public spaces, for example: are Vestre Torg – Stortorget – Ostre Torg somehow connected?
– and thinking about analyzing the flows of people: should we, after interpreting the existed paths of users, respect those paths and involve them into a program/process of designing or rather, should we break them – put something on the way to change them? 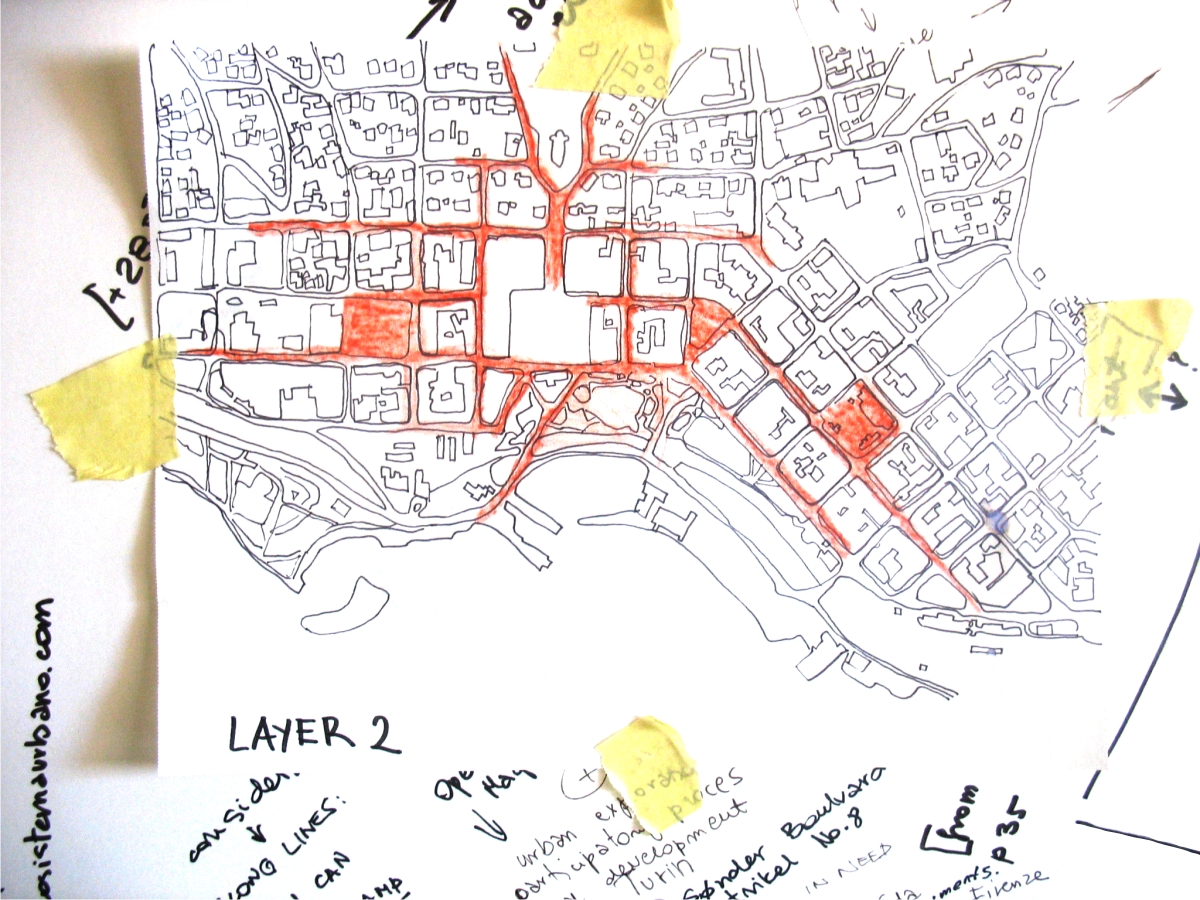 3. the third layer is about the activities. I divided them in two parts. On the one hand, we have the activities which occur in the square and those which we want to create on the new Stortorget. The question is: how could they radiate and create a network with existed ones in the city? On the other hand, we also have the activities which occur out of Stortorget and here the question is: how they can meet on the square? Is the network of activities possible in the city? I read that in Hamar, there are some activities which are specific for a summer time, and the others – for a winter. And some of them have a place inside the buildings and the others, outside – in the open air. After exploration of the website of Hamar Kommune and many others, I tried to illustrate this idea of possible networks. Some first drafts you can see below: 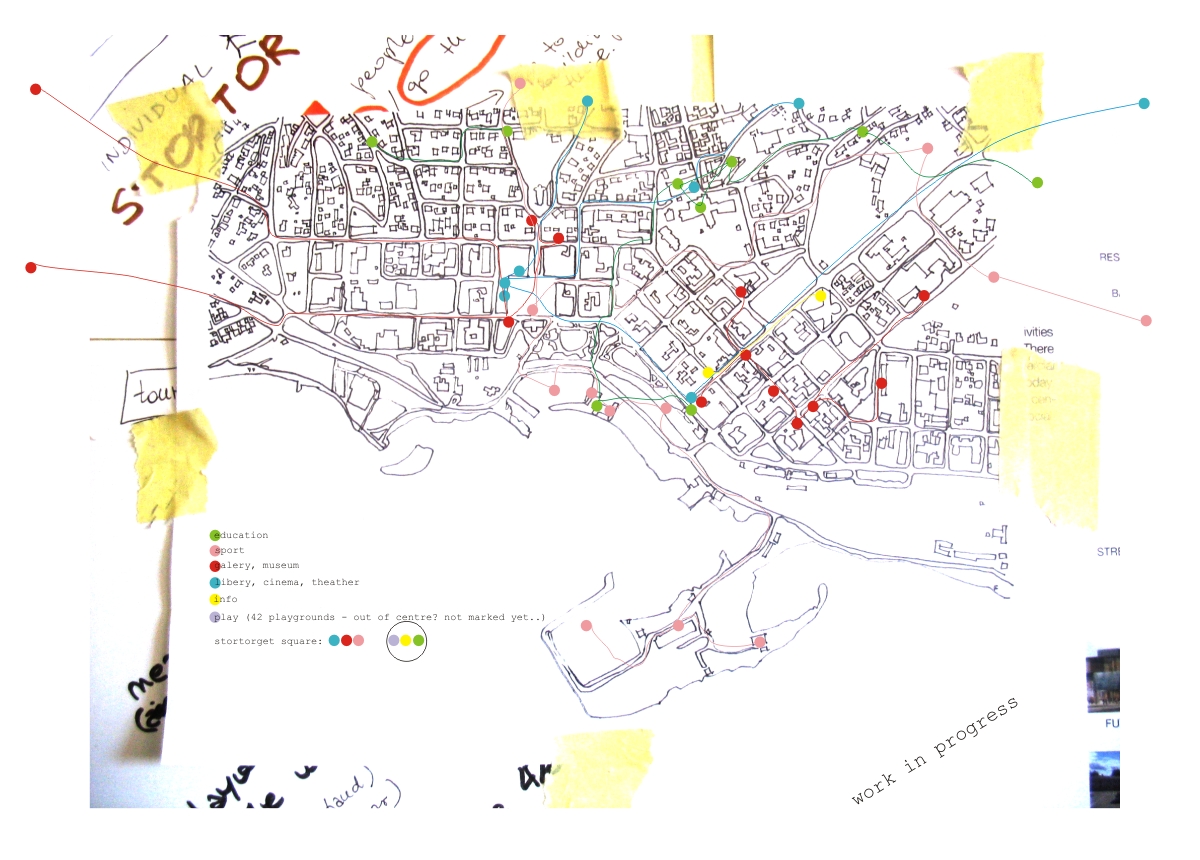 4. the last layer which I did for this moment is about the real and virtual Stortorget. How to connect the square in simple and smart way, not to divide the real and the virtual part but put them together, so that one can follow the other..?

* The next task for me, is to illustrate (maybe in the language of design..?) those different layers and to show here some more concrete examples of inclusion those layers into a design process of Stortorget.