When I was thinking about places that were a vivid reminder of what happened there and shared the characteristics and atmosphere of the neighborhood and community surrounding them I couldn´t stop thinking of the most popular memorial existing nowadays. The one that is being built right now in New York City where the World Trade Center was. Nobody, locals or visitors can detach themselves from the history of that place which was a symbol of the capitalist American society in general and of New York in particular. The memorial reminds about the destroyed Twin Towers by preserving the two footprints occupied only by two large fountains. The character of the neighborhood is preserved or even reinforced by new skyscrapers. 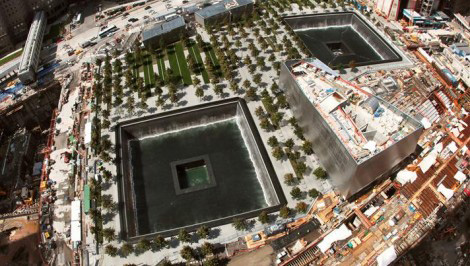 The activities in the area will continue as they were 10 years ago, but nobody will forget that something happened in that place that changed it forever.