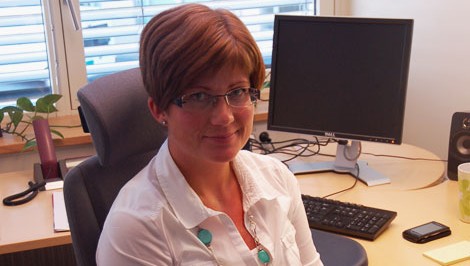 This is an interview held with Marian Skultaberg, who is the secretary of Hamar youth council – Ungdomsrådet. I have met Marian to discuss the view of the young generation in Hamar through reports made by the Ungdomsrådet, but also her own view of the city.

<noa> What is the youth council?
<Marian> The youth council is composed of head representatives from all schools in Hamar – from 8th grade upwards. This year the rules have changes – 3 representative of each schools. We also have a council of elderly people in Hamar. They are the bespoke persons in matters for their group.

Meetings once a month. They have their own leader. They discuss different topics, like Stortorget, or schools in Hamar – are they have possibilities to improve?
They have some money reserved to applicants with different activities – sports, music etc.

One of the topics that was discussed lately were buses – as many of them are late and don’t have enough seats. Most of the pupils go to schools by buses. Bicycles are too dangerous.

<noa> What was the discussion regarding Stortorget?
<Marian> Last autumn the youth council had a seminar, like every autumn. They usually discuss different “hot topics”. One of them was about future Stortorget – “thoughts about Stortorget” – and these are the conclusions:

<Noa> What brings you to Hamar?
<Marian> I live in Stange, where I was born, and today I come to Hamar to work. I have moved away from here to study culture studies and pedagogy, and politics. I have started working in Ringsaker (a municipality next to Hamar). I have lived in Hamar form 1994 until 1999.

<Noa> a part from work, do you visit to Hamar?
<Marian> Last weekend we came here to walk in the forest. We have participated in some kind of an orientation game in Furuberget, we also visited the Domkirkeodden. Sometimes we use the cinema and the swimming hall.

<Noa> What do you like about Hamar?
<Marian> The closeness to the water and nature.

<Noa> What is your favourite spot in Hamar?
<Marian> Koigen. It is a great recreation area. I was part of the group who planned the place and the skating area. I think it is the best money Hamar ever spent. Everybody is satisfied with it, it is a great place summer and winter, all year around. Last winter, when lake Mjøsa was frozen, I went fishing on the ice with my father and daughter.

<Noa> What do you think about dreamhamar?
<Marian> I am very curious. I think it is an exciting project but also difficult to understand. Before I was uncertain and the project was very abstract of what is it going to be.

<Noa> What do you think is the advantage? What is the part you find the most interesting?
<Marian> I think, In the long run, that Stortorget will be a place decided and designed by people themselves. I hope that this will make them feel they own it, and this is what a expect by inviting them to participation.

Activities – I think about how the square can be used for concerts, happening and daily life. Activities – playgrounds, cafes. how do people use it when they visit Stortorget.

<Noa> What do you wish for dreamhamar and the city?
<Marian> That it will be a place that make the centre more beautiful –  where people meet, interact drink café.  It is also important to have connection to the culture house.

<Noa> How do you see Stortorget today?
<Marian> an ugly part of the city centre where traffic and buses are dominating.

<Noa> What should it become?
<Marian> Less traffic, more green with a possibility for children to play. In the city centre there is the park with the playground. Ideal playground for me has water, as children love it, and also involving climbing, jumping, hiding.

<Noa> What is the perfact public space for adults?
<Marian> Seating possibilities. Also other people can join and sit down.

<Noa> What is for you a successful public space?
<Marian> A place that is used by all people. 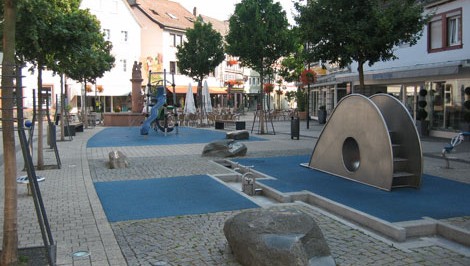 A public space I like, Bensheim, Germany (south of Karlsruhe)

<Noa> Can you give an example of one you like?
<Marian> This place in Germany (see picture) where kids have a variety of playgrounds, but it is also close to shops and the pedestrian street which makes the place also attractive to adults.